So Brittany and Mike actually had a traditional wedding ceremony, and a couple weeks later they had their own beautiful, scenic bridal photos shot in the desert. The point being, that they wanted to celebrate each other in their own space, so the private elopement took place in the Imperial Valley Sand Dunes in Southern California. And you can’t get more intimate than being in a desert’s horizon! This beautiful shoot was captured by Asha Bailey!

The definition of elopement is constantly changing, purely because of how popular it’s becoming. I’m sure the older generation sees eloping as running off to Vegas and getting hitched, but nowadays it holds more meaning and changing the overall idea of marriage completely.

Traditional weddings are about celebrations with friends and family, elegant and classic dresses, good food and wine, music and celebrations, and on the other hand we have elopements, that are all about intimate moments between the couple, and usually take place in the most gorgeous destinations! While traditional weddings are still an amazing celebration, there are a few reasons people are opting out, namely the stress and cost of an event that’s going to be gone in a day. Elopements then seem like the most cost-efficient and romantic option for couples. If you’ve dreamed about an out of this world venue for your marriage, eloping seems like the way to go, because it’s going to be more cost efficient to fly just the two of around the world, rather than pay for a whole wedding in another country!

When a couple elopes, they may even plan on having a few guests present. One of the pros of having a traditional wedding is that you’re able to share the day with so many people you care about, so including your loved ones in your elopement means you don’t have to miss out of these moments. What Brittany and Mike did is made the perfect compromise and they truly got the best of both world!

Elopements get to focus on two of the best parts about a wedding; the ceremony where you get to declare your vows to each other, and an intimate photo-shoot to capture the scenery and the moments that will last a lifetime. If you actually think about it, how many moments are missed from your wedding day because of how much is actually going on? You can’t expect a single photographer to be there for all the joyous moments, so when you’re having a private elopement shoot, a moment is never missed. Elopement shoots truly tell a beautiful love-story, starting from the moment the bride and groom see each other.

Elopement photo-shoots are also going to cost you a lot less than hiring a photographer for the whole day of your wedding. Elopement shoots normally don’t go over 2 hours, opposed to a 12-hour wedding day. You also won’t need someone to be taking pictures of things like hair and make-up, reception parties or all of your guests (and because there’s going to be less pictures you’ll be able to receive your edited pictures a lot sooner, yay!). 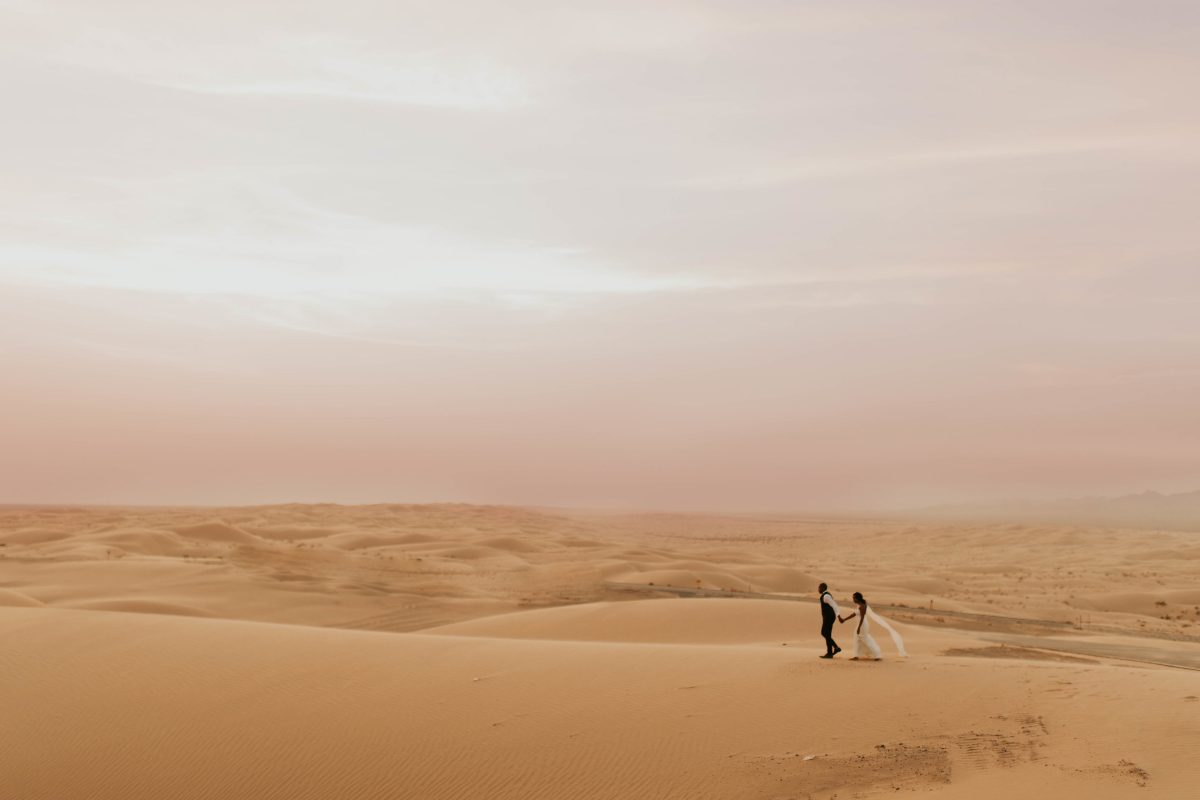 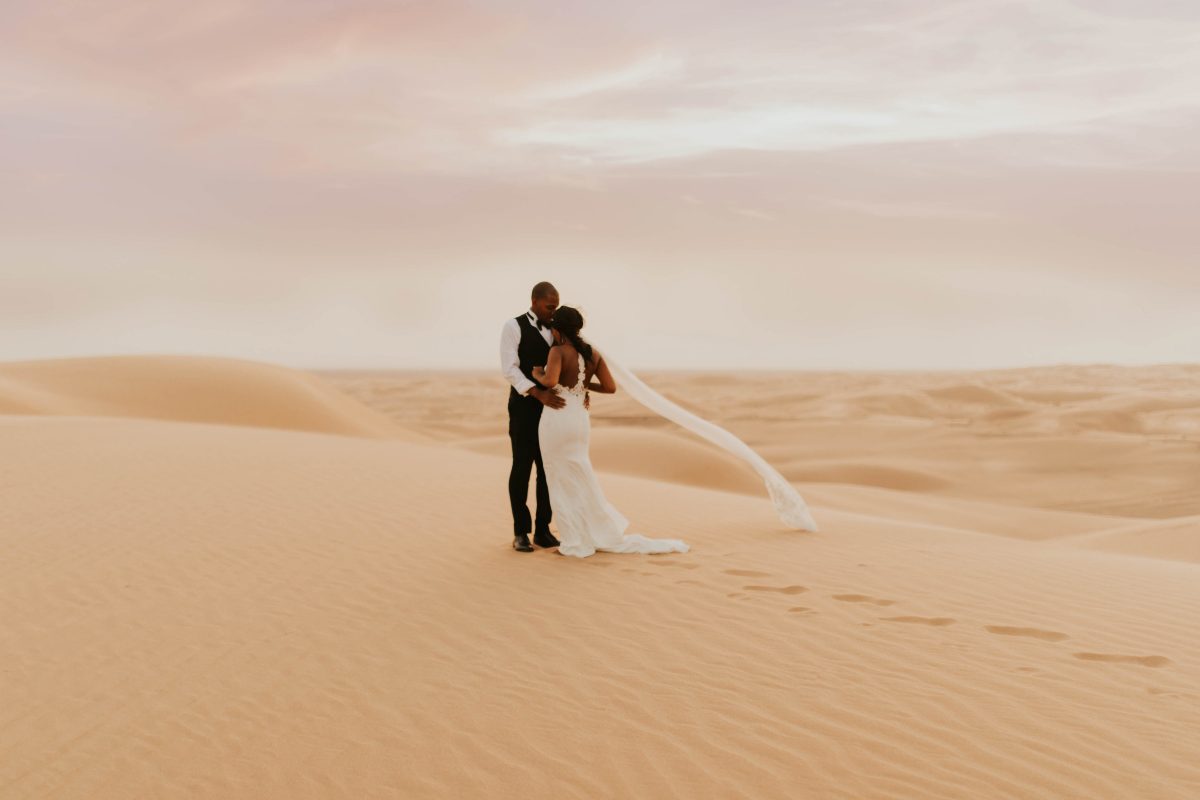 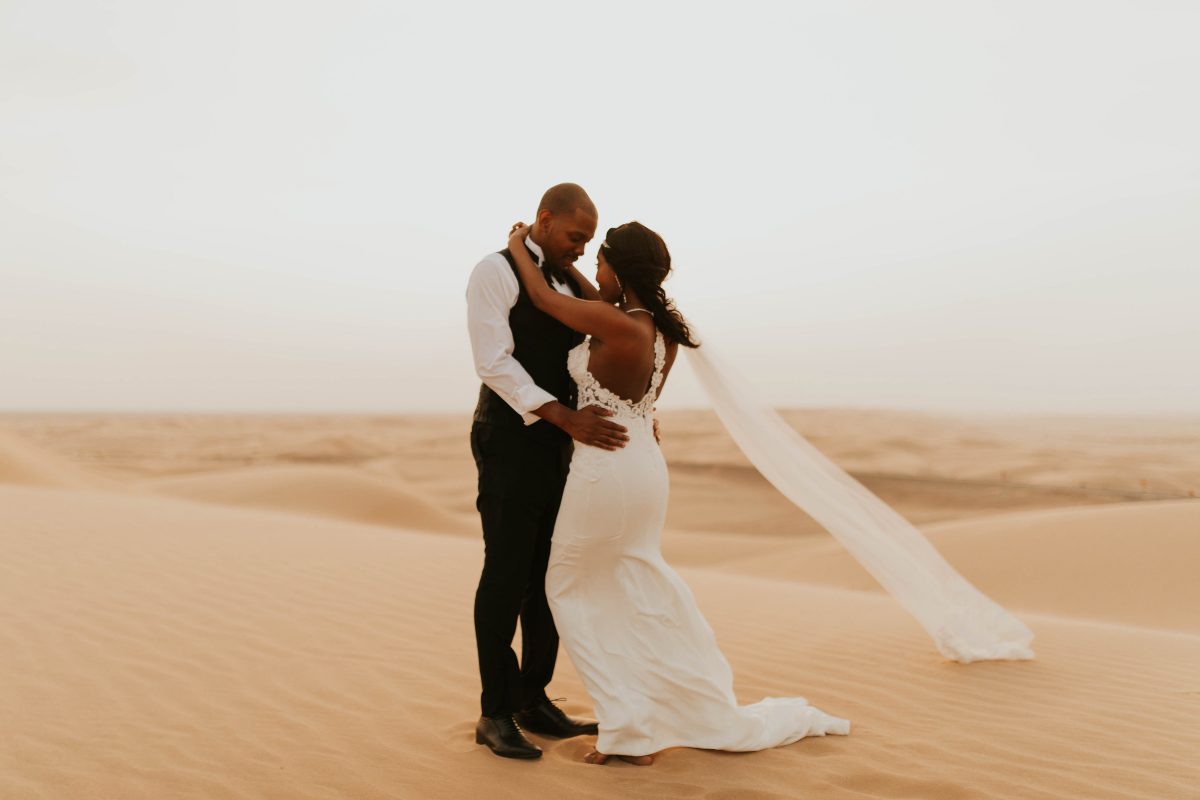 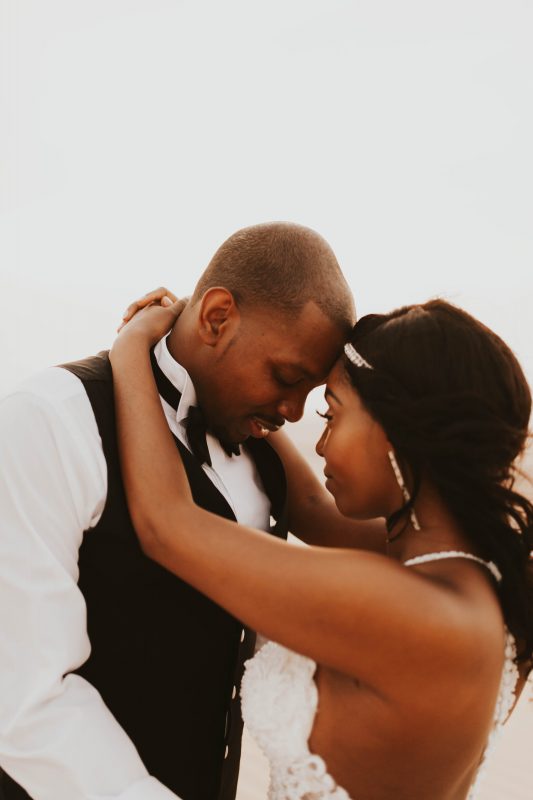 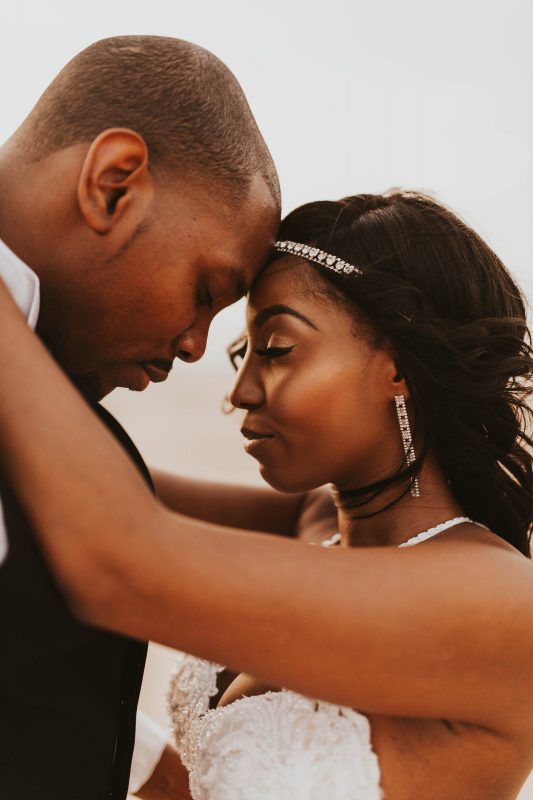 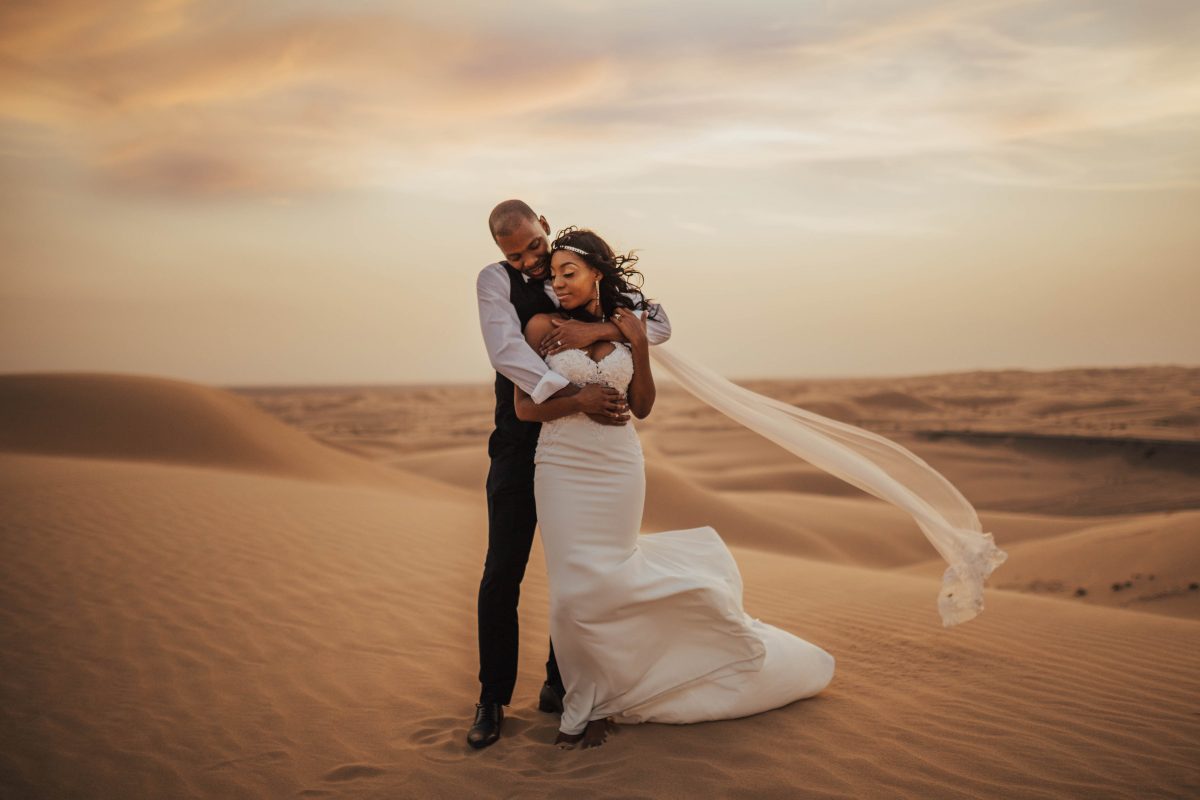 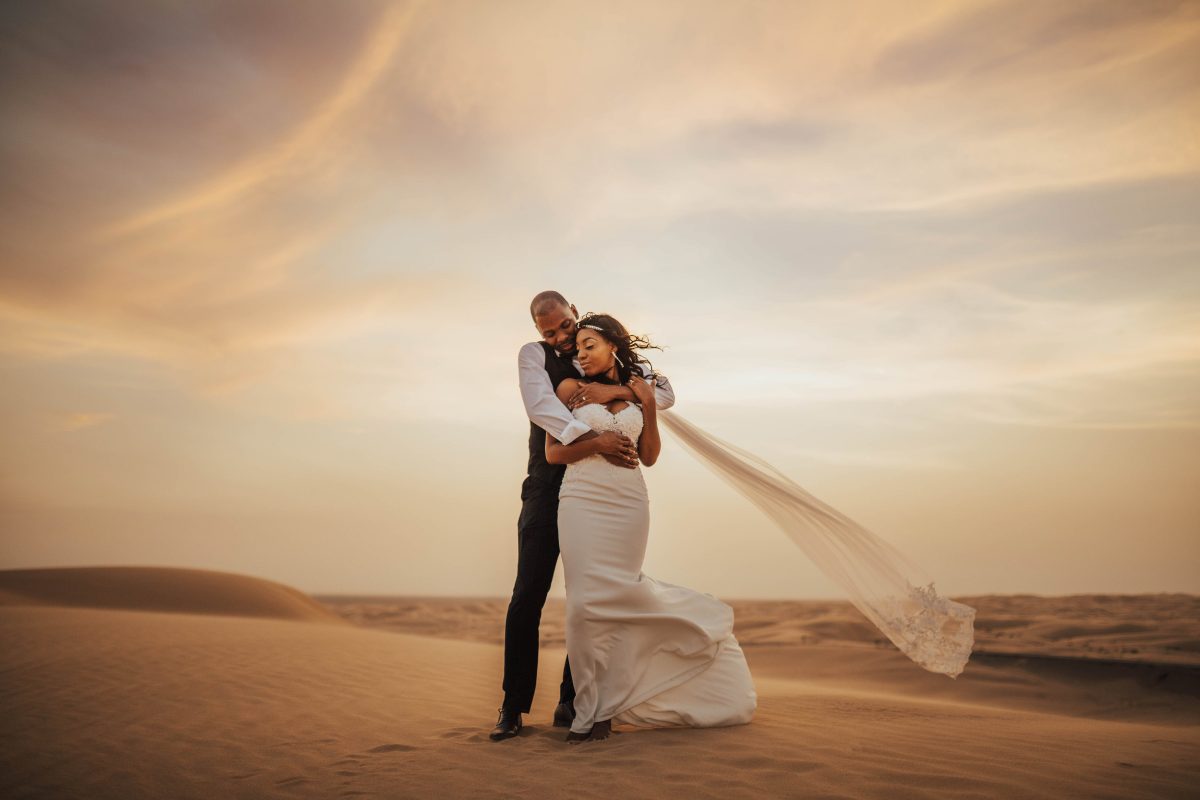 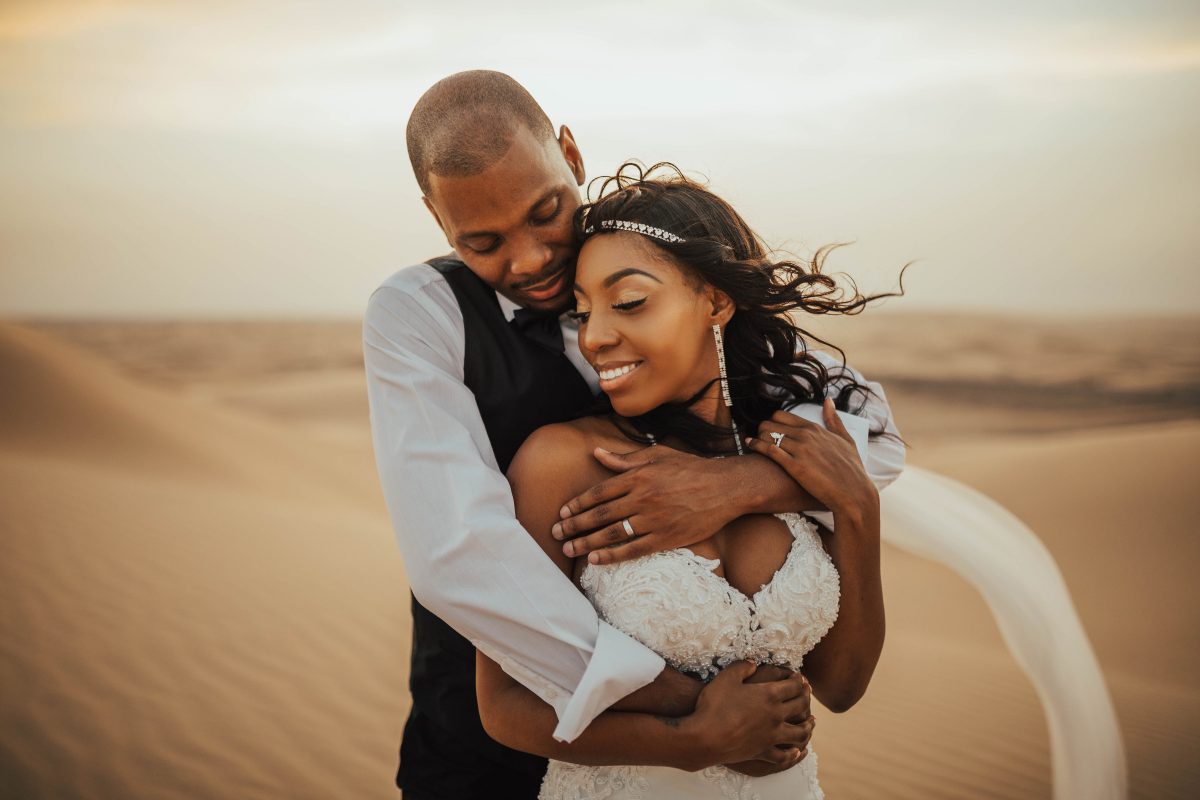 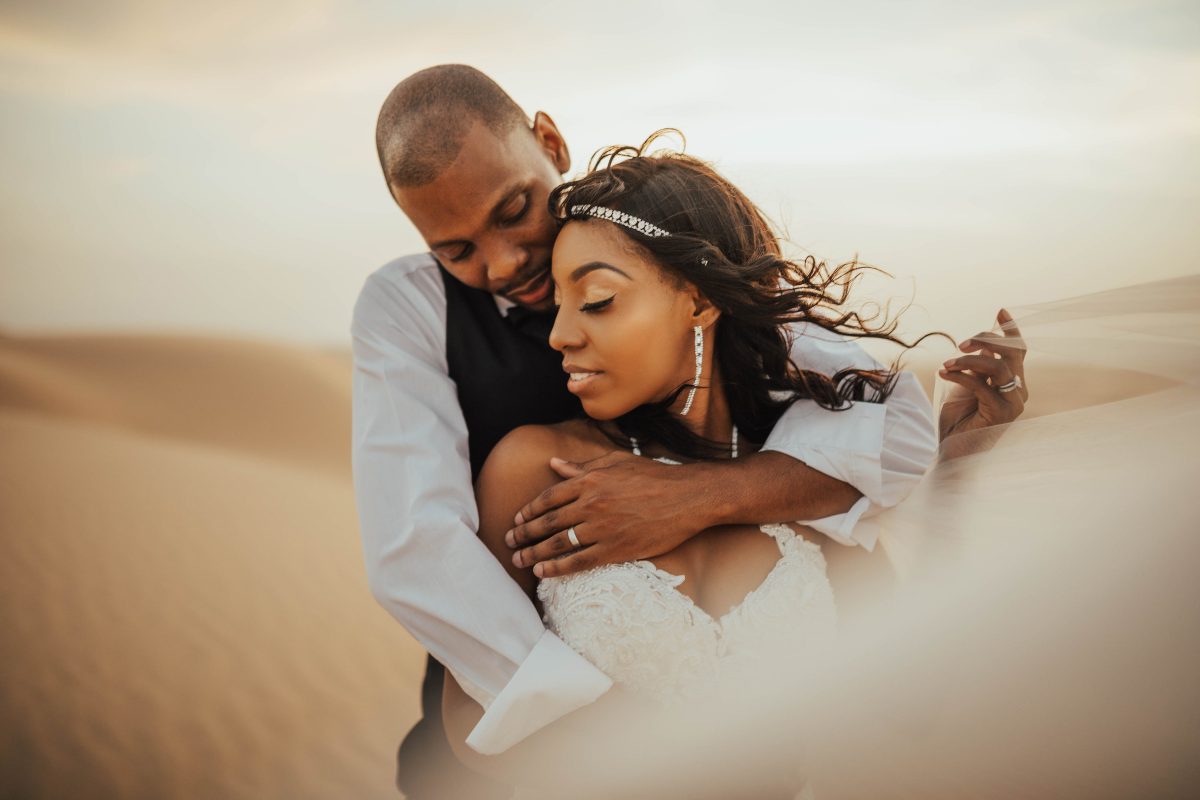 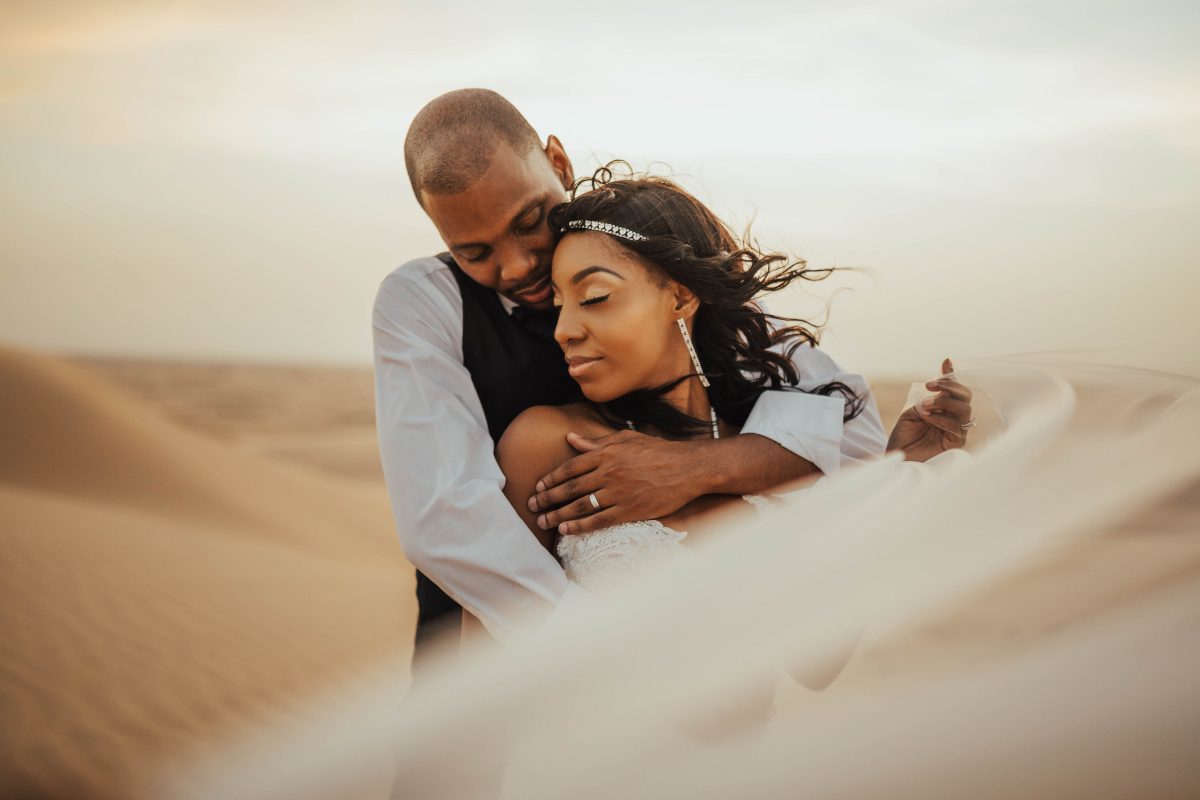 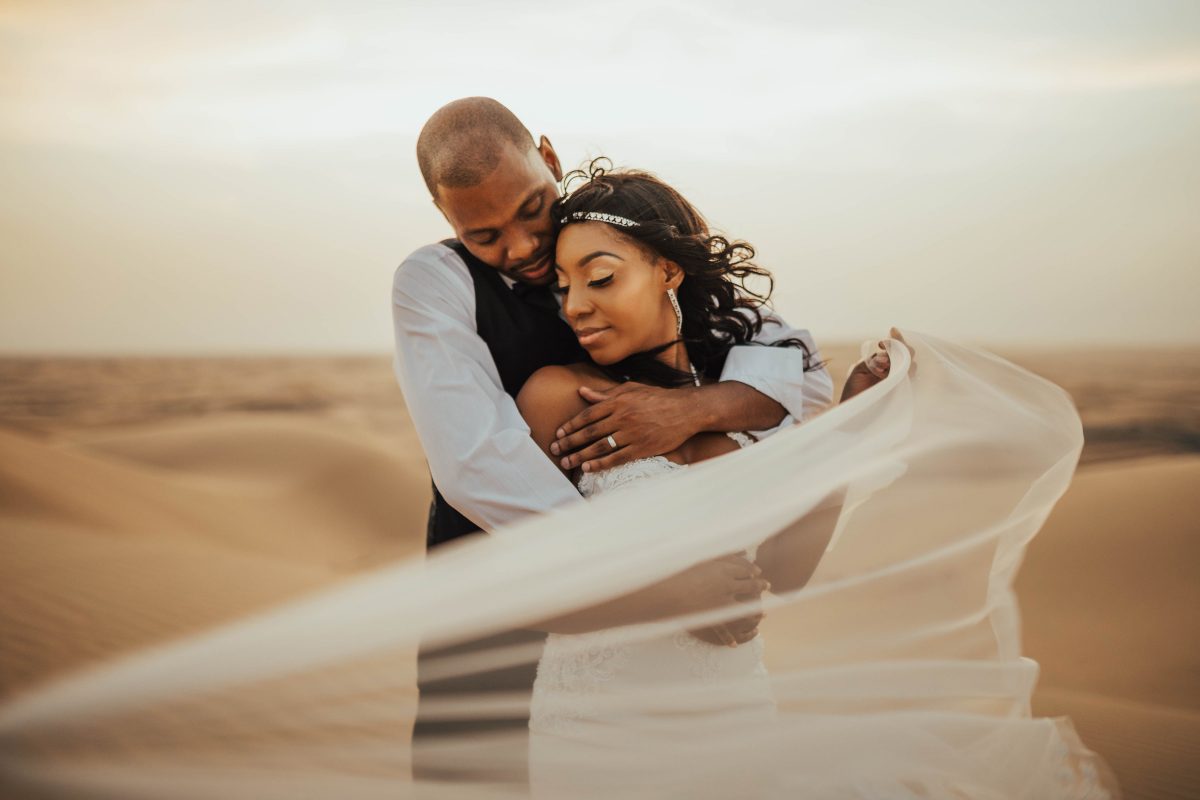 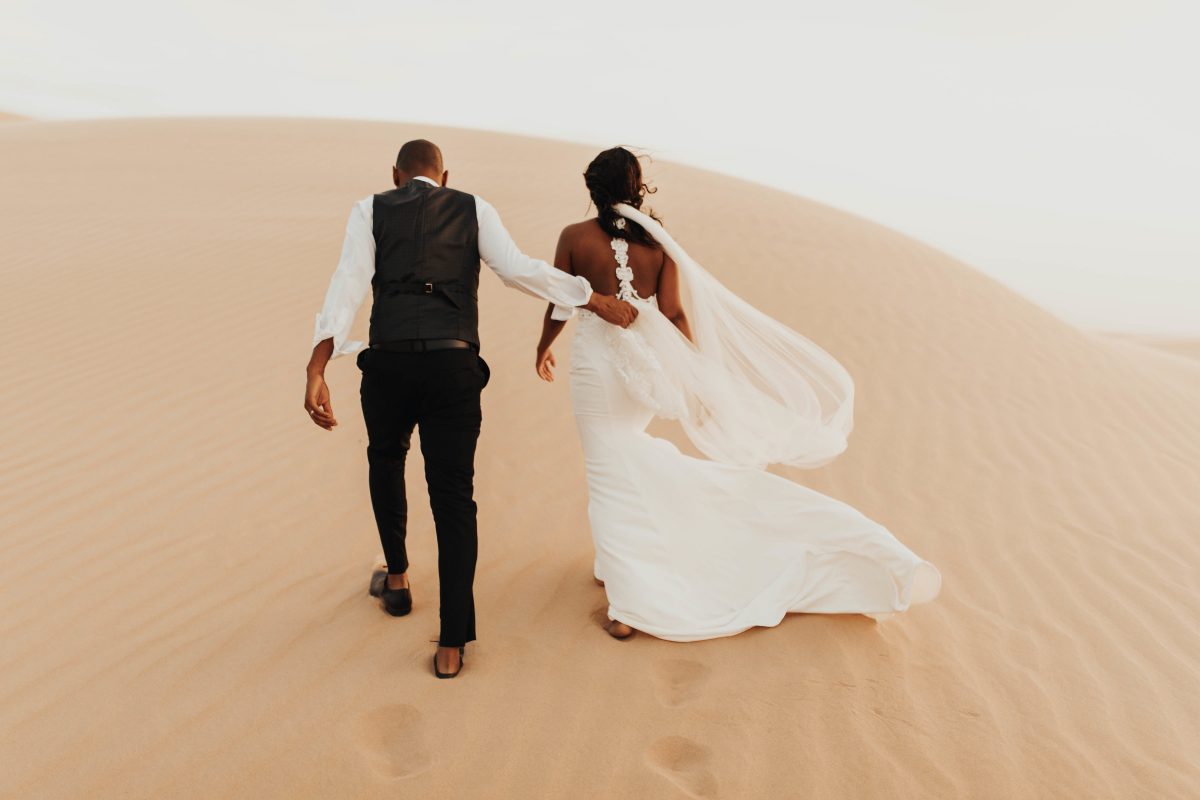 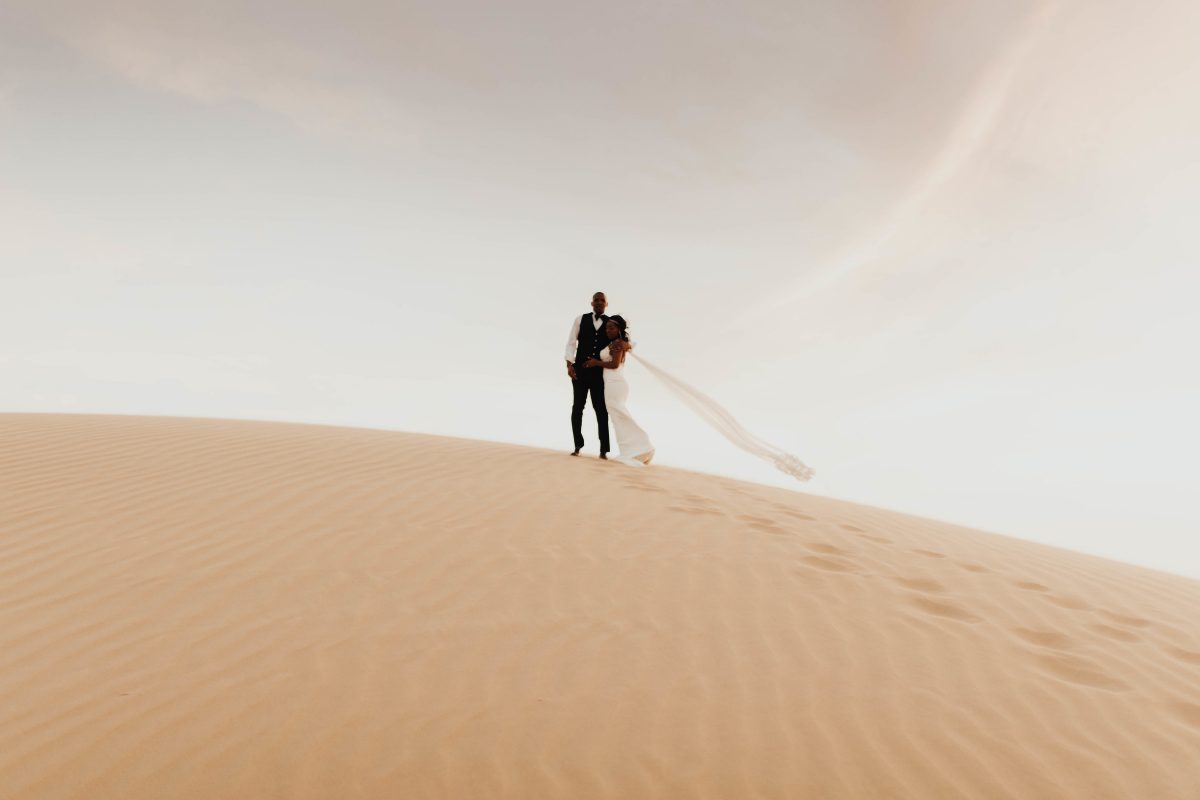 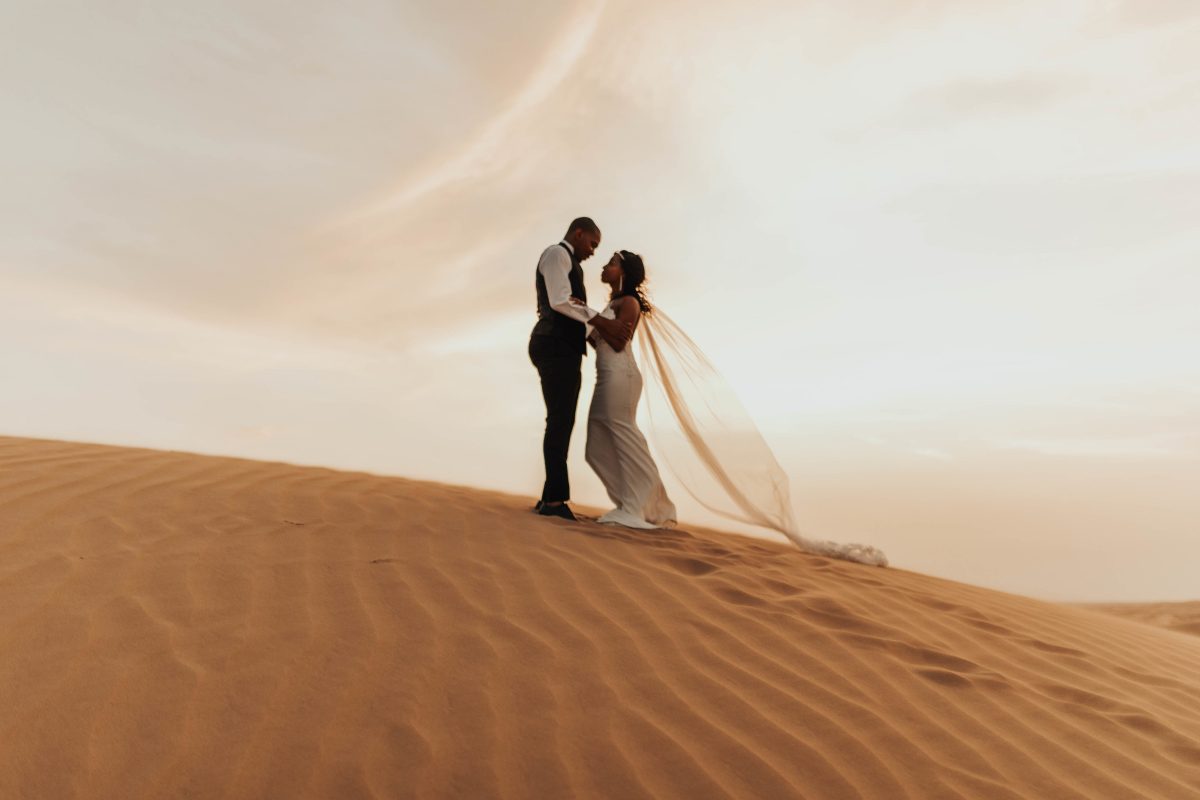 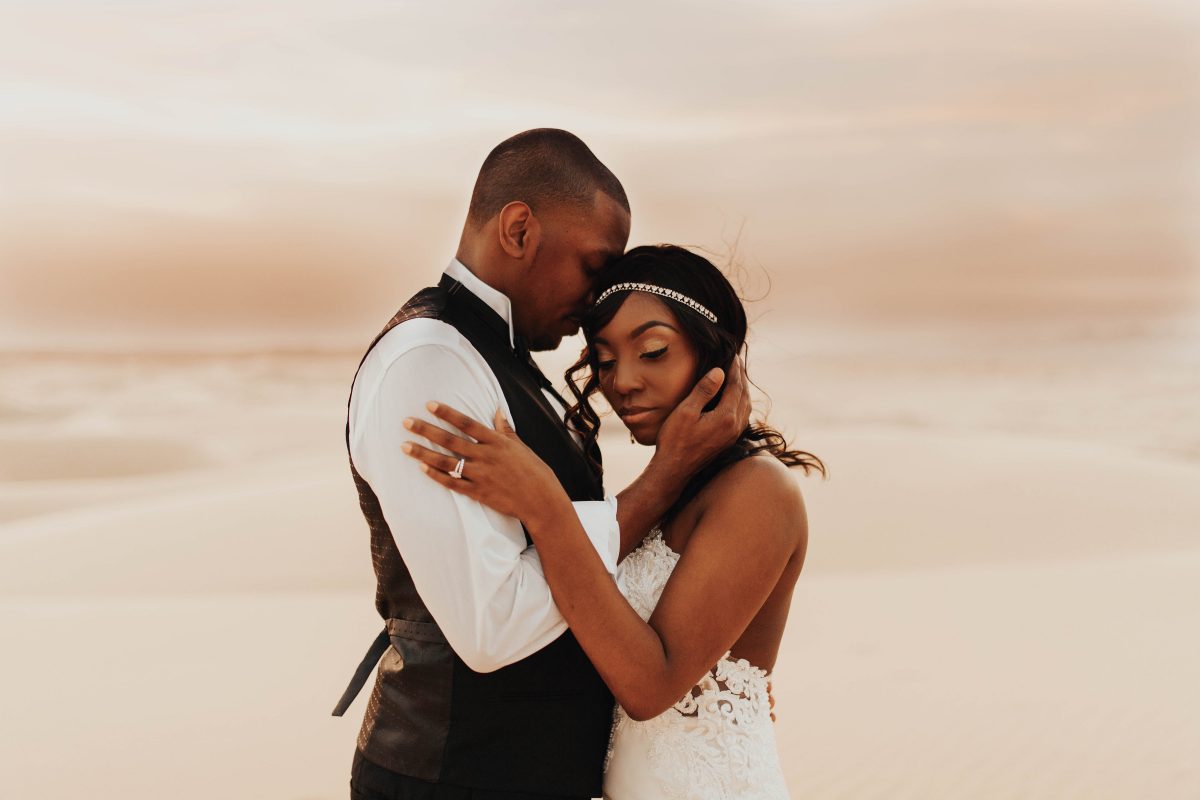 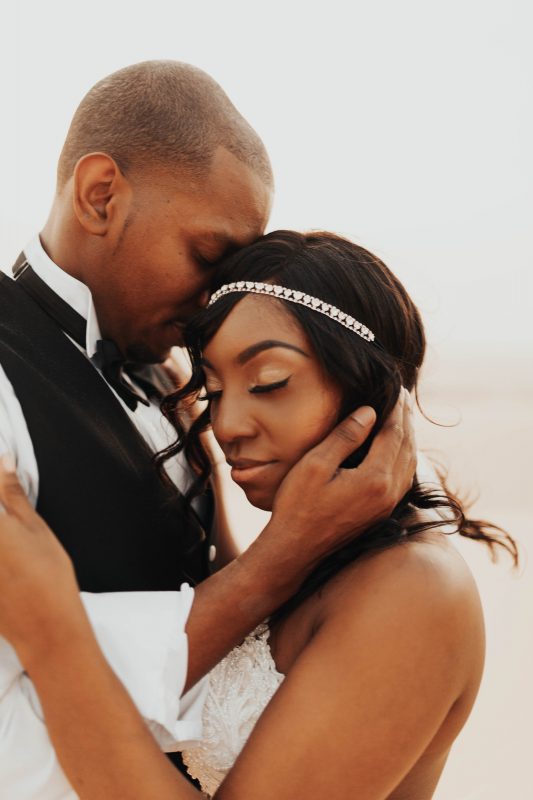 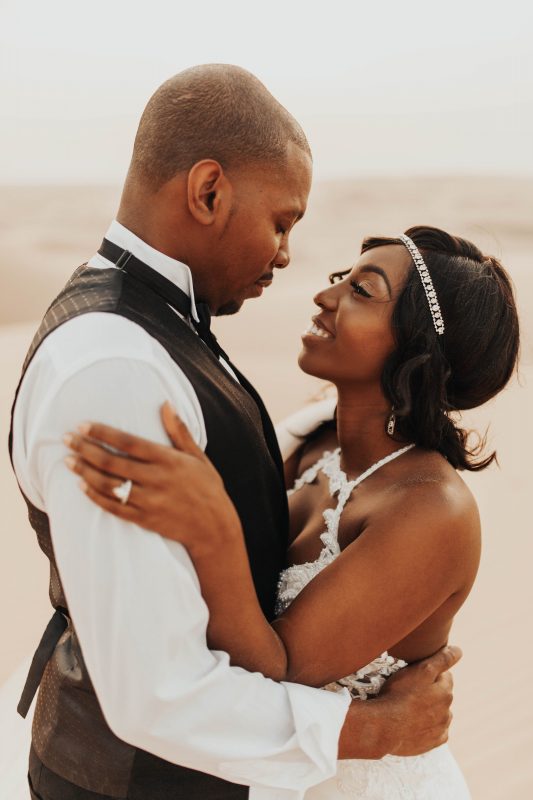 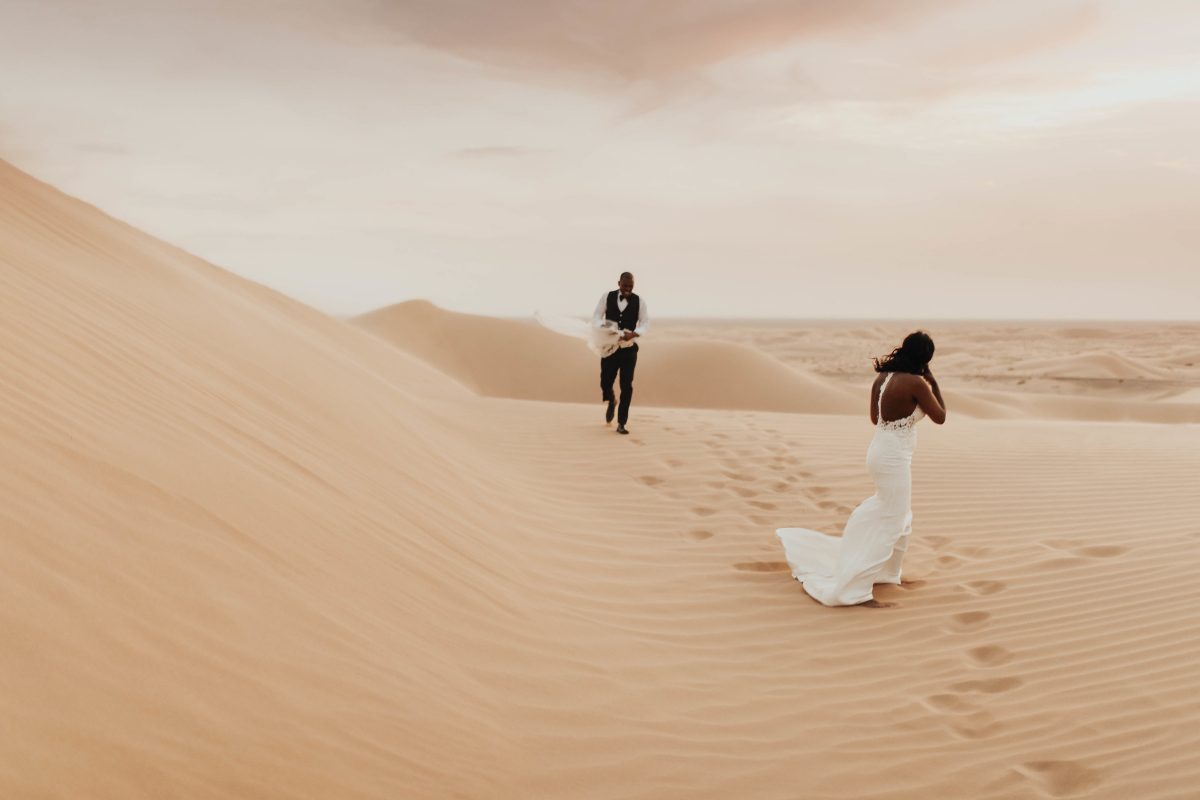 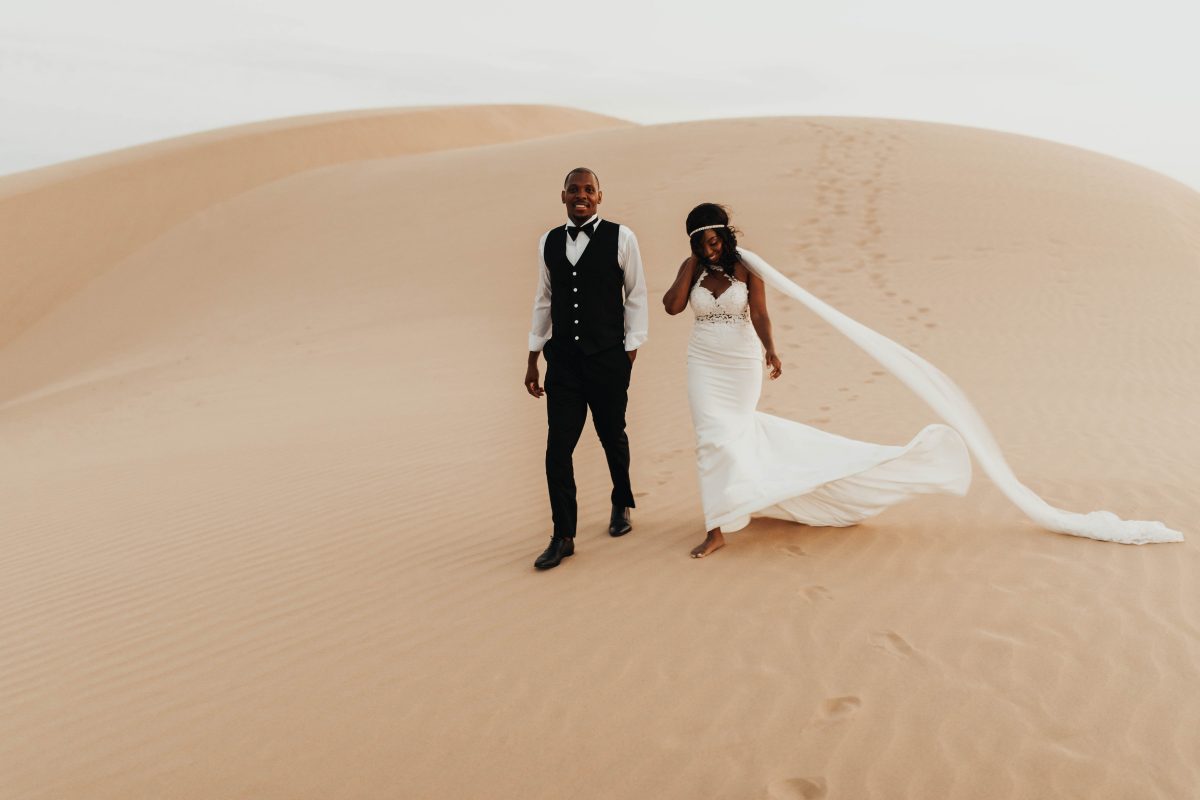 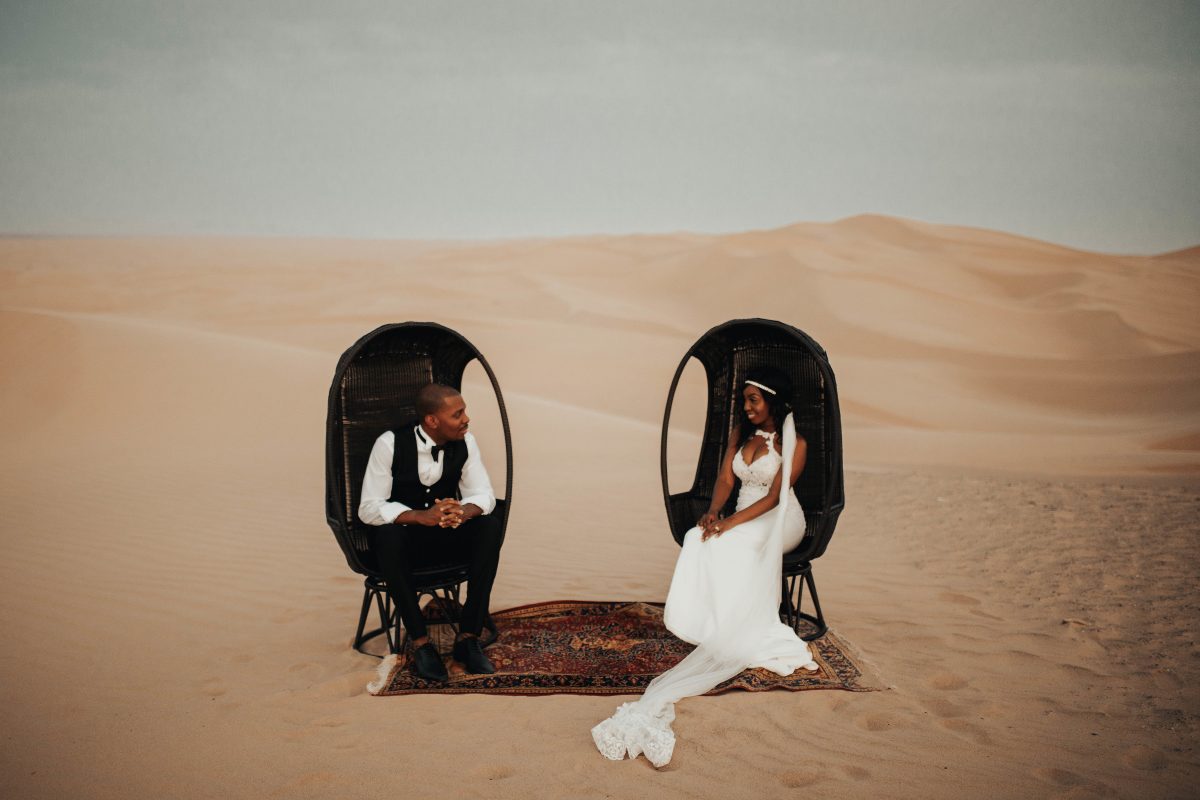 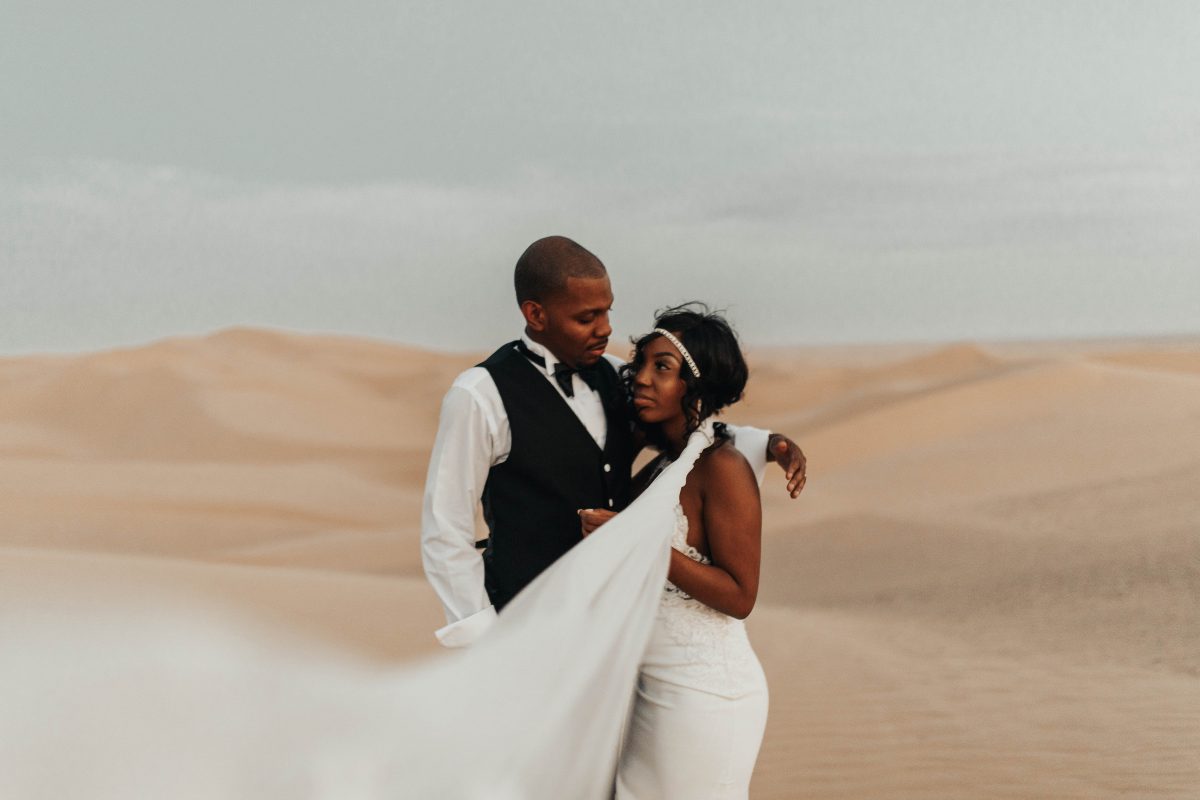 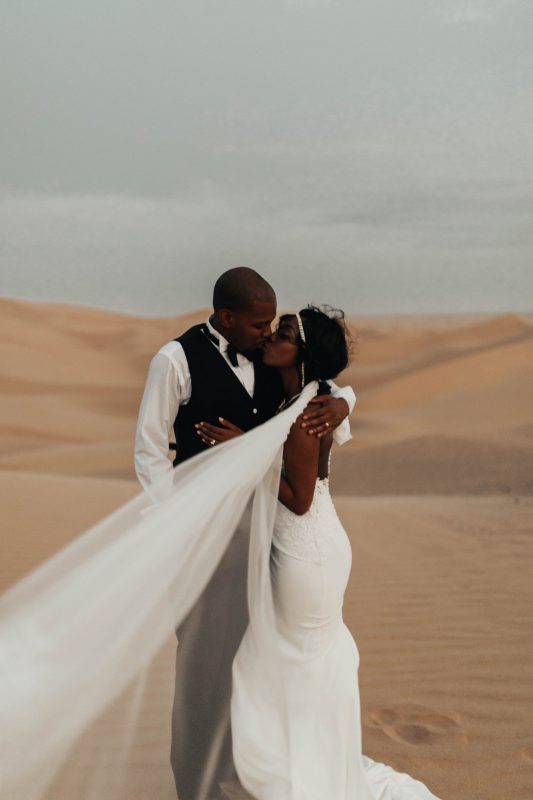 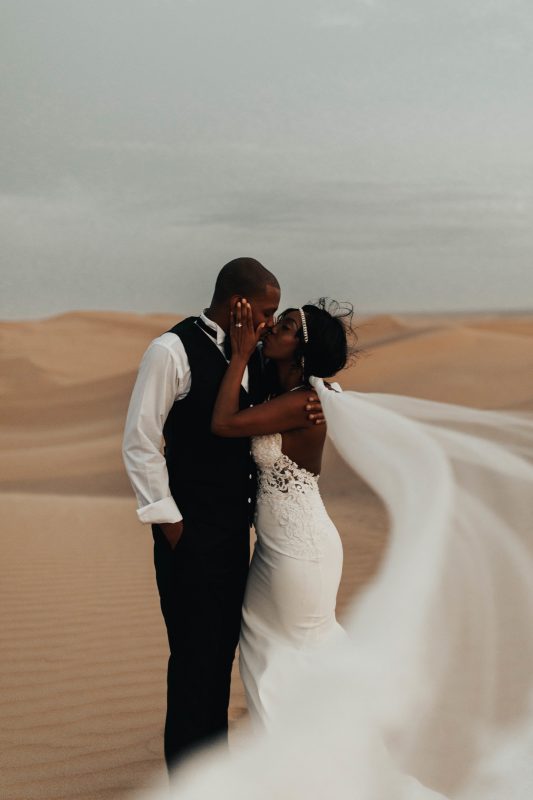 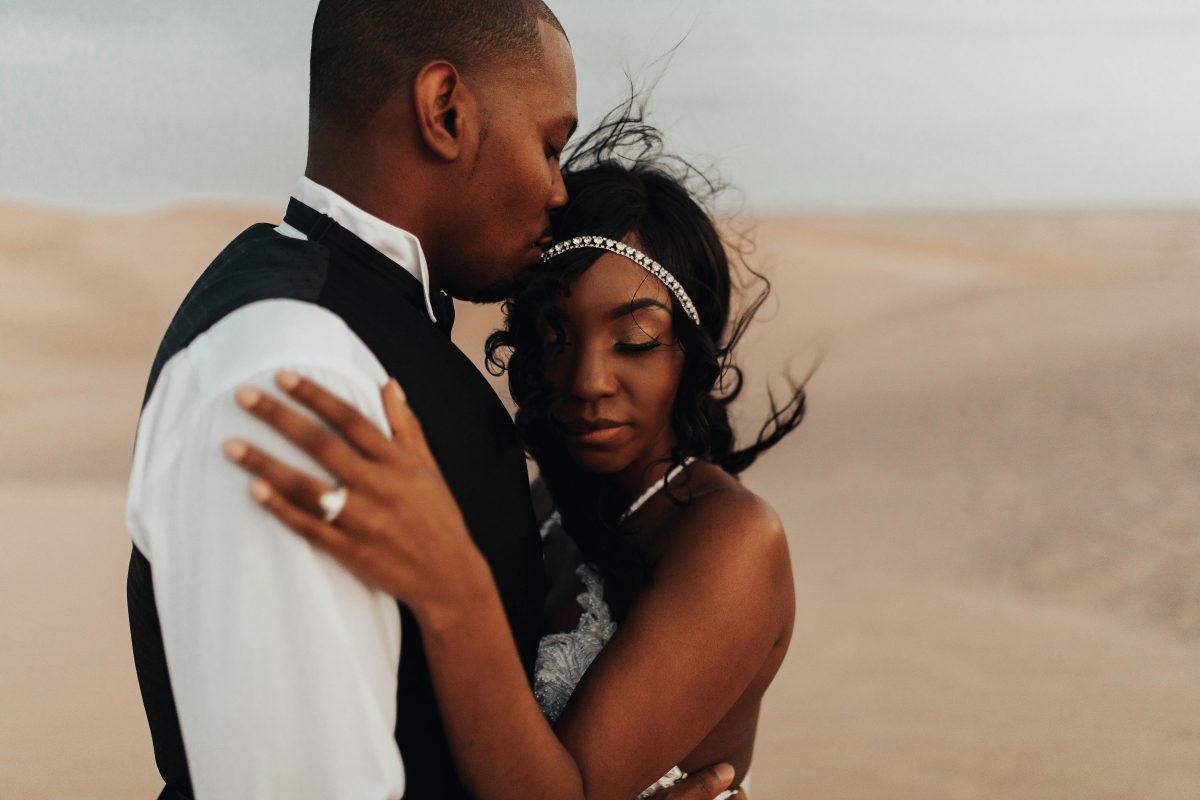 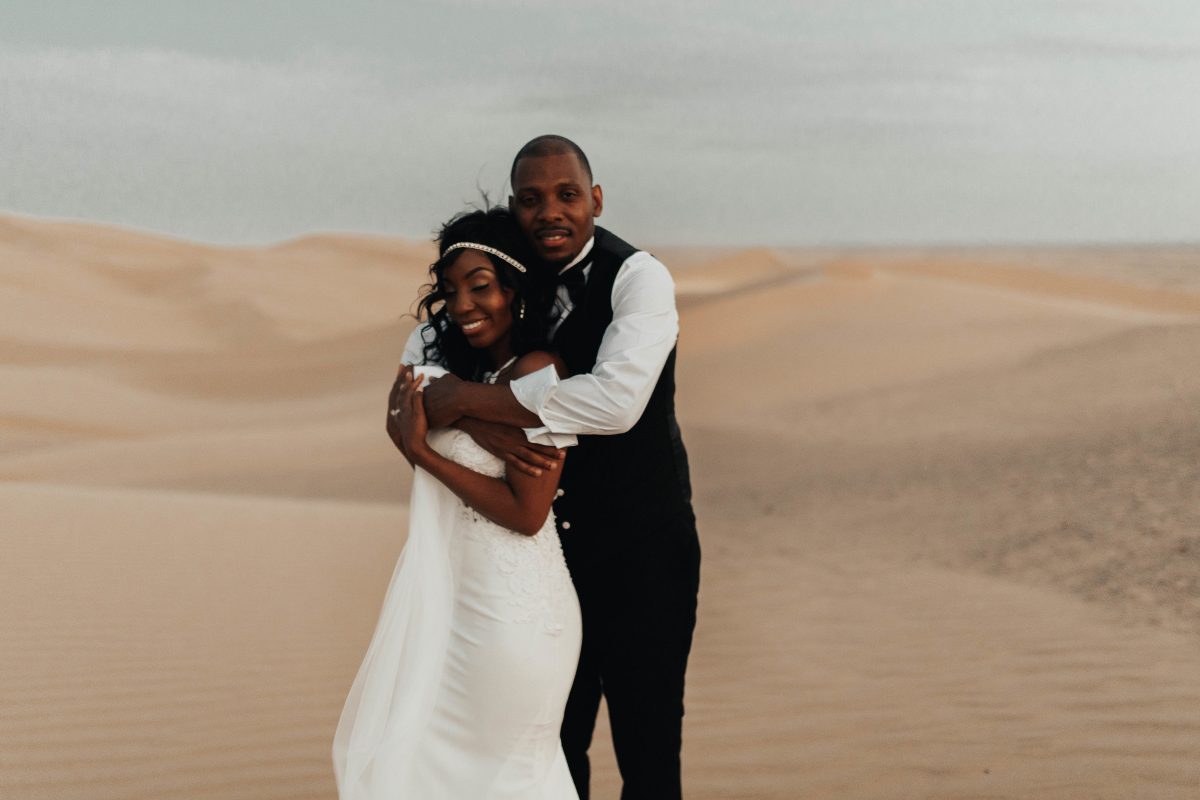 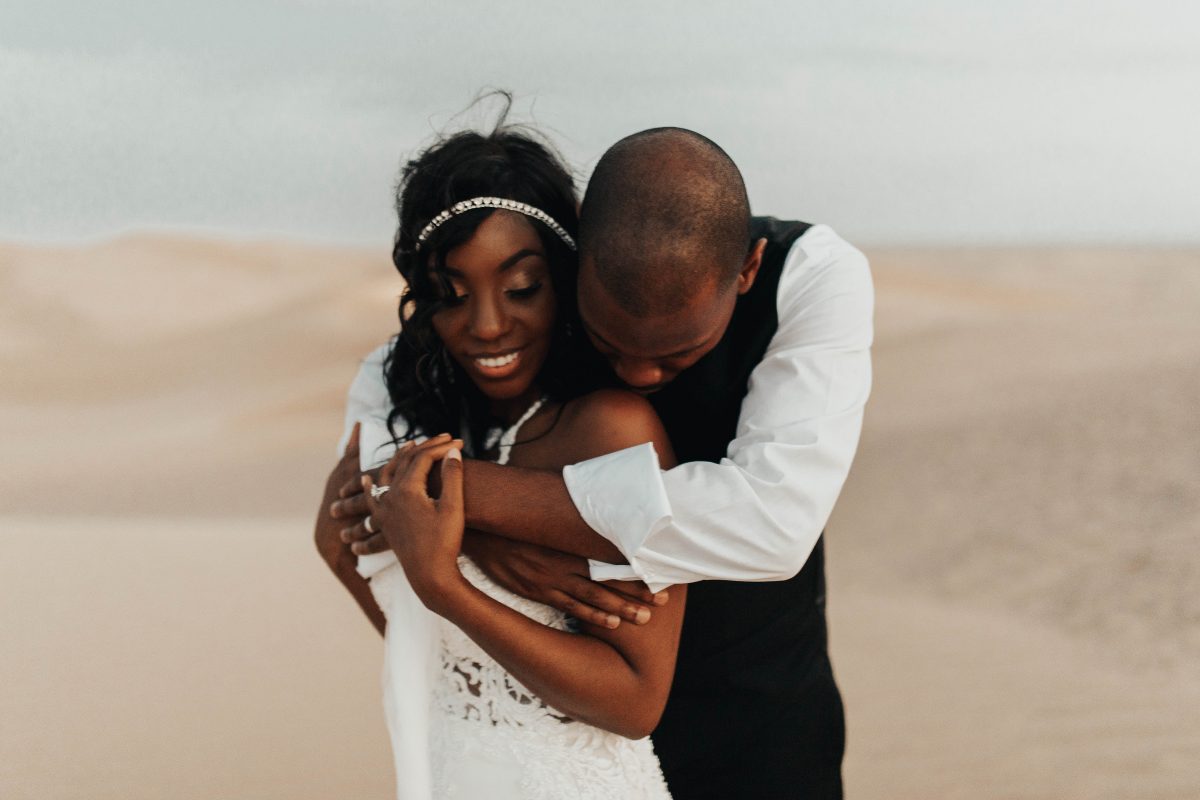 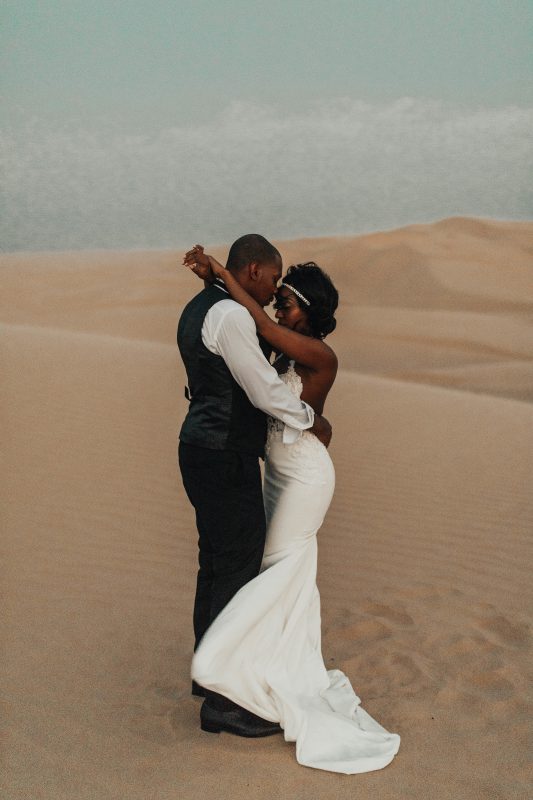 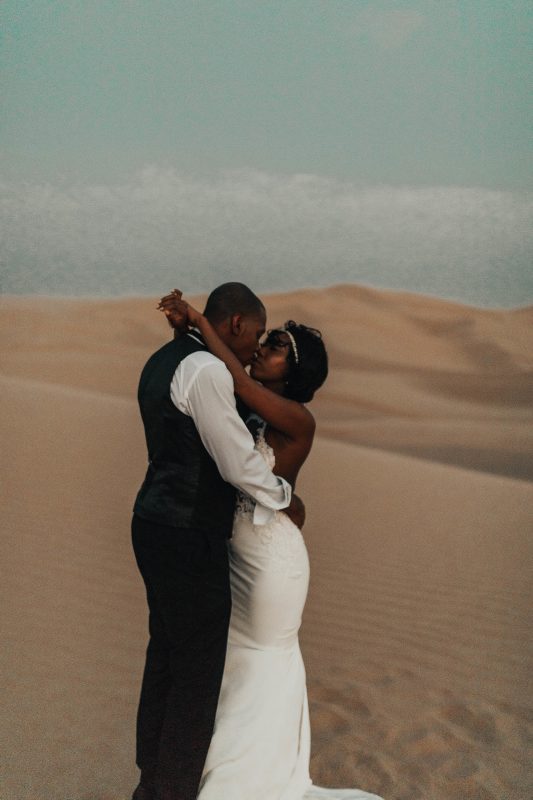 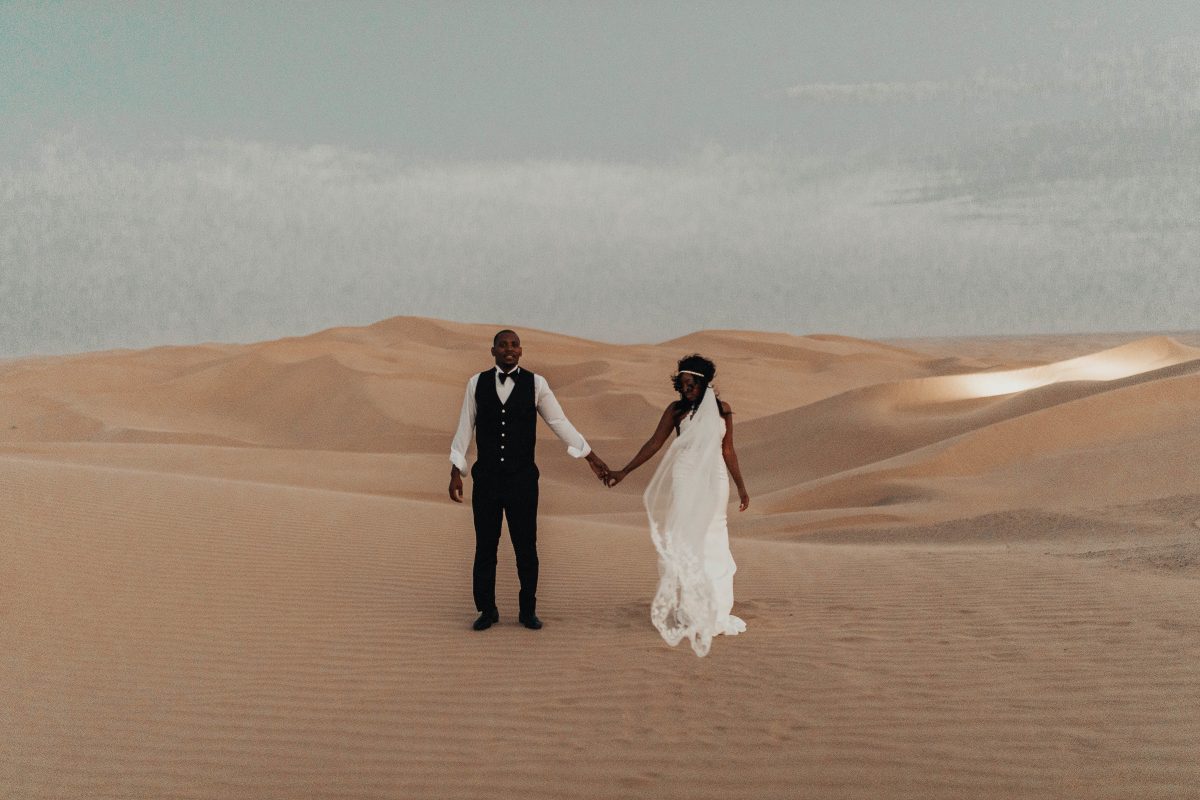 We hoped you loved this gorgeous desert elopement shoot as much as we did! 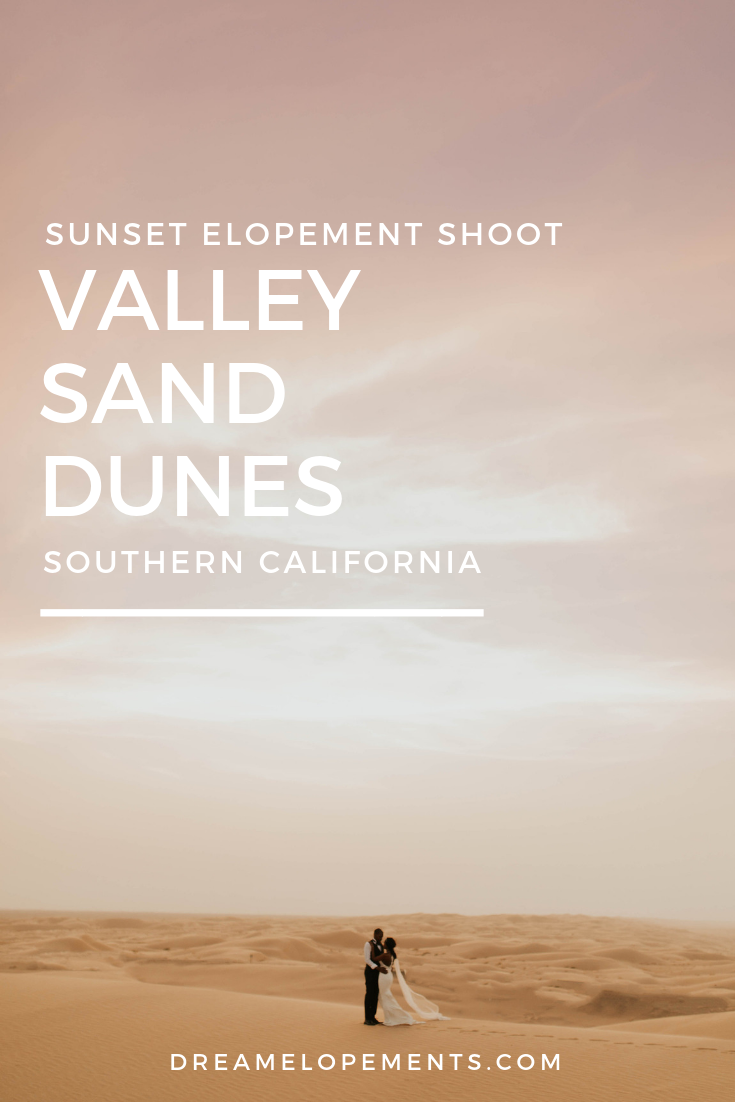